Amazon Prime Video has brought us some interesting TV exclusives over the past few years. Well, 2019 will be no different if not even better. Skimming through Amazon’s library in hopes of stumbling upon the good stuff can be pretty daunting since it’s all binge-worthy. 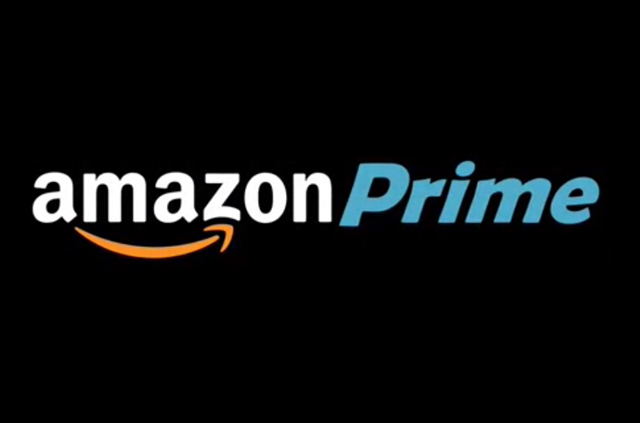 Fortunately, I’ve put together a list of best original releases coming your way in Amazon’s 2019 calendar. Scroll down and see for yourself.

Although Amazon Prime is available in a lot of countries nowadays, its full library isn’t. The content you get to stream on the channel varies depending on your region. So far, the US version of Amazon is the one with the most material yet only available in America. In essence, most of the titles on our list might be included only in the American catalog.

So, in order to tap into the best streaming experience while abroad, follow this guide on how to unblock Amazon Prime Video outside the US. Oh! One more thing. VPNs tend to frustrate the streaming channel, therefore it started blocking some of them. However, I’ve tested a lot of VPN providers and came up with a list of “Unblocking Amazon” capable ones(one of my favorites, ExpressVPN). Check them out in the table below.

We’re used to Amazon’s “out with the old, in with the new” resolution game every month, but this time, we’ll be talking about what original content it has for us this year. The list will grow bigger as more content will be added once anything is confirmed, so make sure to stay tuned and visit the page every once in a while. Now, for the time being, here are the original Amazon Prime releases of 2019.

The future of Amazon Prime originals is looking strong and promising. This makes it a head-to-head competitor with other mega streaming channels like Netflix and Hulu. To get you started, I chose 4 of the top releases coming in 2019 and highlighted what to expect from them. Check them out below.

The show covers the lives of four different women each struggling in life with her own problems and individual battles. The series is set in Mumbai, the city that never sleeps. You will see a lot of “Truck” the bar that the girls like to hang out at and binge talk every couple of days. Four More Shots Please is a portrait of what it is like to be caught in a constant battle between the traditional and modern habits and to live in a country that thrives on hypocrisy.

According to the Chairman of Pritish Nandy Communications: “Four More Shots Please! is our tribute to our times. It’s about a generation of young women, brave and vulnerable, independent and spirited, growing up in South Bombay and speaking the language of our times, living the life they yearn to live with courage, conviction, and confidence.”

The world will get even darker in the second season of American Gods. Now that Shadow Moon has been activated as a believer, we expect something different on how they’re going to tell the story. What to look forward to? Well, an angrier season 2 would be the first on the list. And to make it even more daring, we want to see if this season will follow the originally planned template since Fuller and Green departed from the show.

In the finale of season 1, we saw Wednesday destroy the men with a lightning bolt and proclaim himself to be Odin, then he convinces Easter to unleash her own powers and take back the spring, casting a drought over America. This was a great ending to an amazing series premiere. So, are you as excited as I am to see the second one? Of course, you are. Therefore, take a quick sneak peek at American Gods season 2 here.

This one is the show I’m looking forward to. Good Omens, which is based on a fantasy novel of the same name, will consist of 6 episodes and will be released on the same day on Amazon Prime.

If you’ve read the book, then you probably know that the world is due to end in a week and Judgement Day is almost upon us. Aziraphale and Crowley, both angel and demon respectively have grown fond of humans and the earth’s lifestyle as they lived among us for years. Once they learn about the coming apocalypse, they team up to prevent such a catastrophe to the world they’re used to live in. And… someone seems to have misplaced the Antichrist.”

The series cast is as such:

Superhero fans, you’re in for a treat in 2019 as this year we’re getting The Boys from Eric Kripke. The show will tell the story of a world where superheroes embrace their darker side when it comes to being in the spotlight. The Boys are vigilantes who set out to take down corrupt superheroes with no powers but with some dirty tricks.

The genre is already popular, so you might ask what would be new? Can you imagine a series with Eric Kripke and Seth Rogan working together? Yeah, you get one awesome “The Boys”. Take a look at this highly anticipated series in the following trailer.

For now, these are the TV shows that are worth keeping an eye on. Remember, the shows on our list will increase in number as soon as Amazon releases more official details. Stay tuned as more amazing content is set to hit our screens during 2019.

Netflix 0
2018 has been a prolific year for Netflix’s original programming. After the release of

Netflix 0
2018 has been a prolific year for Netflix’s original programming. After the release of
Adblock
detector map