What is the best China VPN in 2020? If you are planning on traveling to China, you should definitely put VPN on your to-do list before getting on that plane. In China, the government imposes heavy censorship and restrictions on the websites you can access online, otherwise known as ‘The Great Firewall’. Sites like Facebook, Twitter, Instagram, Gmail, Youtube, and even Google are all blocked in China, quite a cultural shock for expats coming from USA, UK, Australia, Germany, or France.  That is why you need a VPN to bypass these restrictions and unblock any websites you want in Mainland China. VPN will also allow you to access geo-blocked channels like Netflix, Hulu, or BBC iPlayer in China. Read the following info guide on the best VPN for China in 2020. 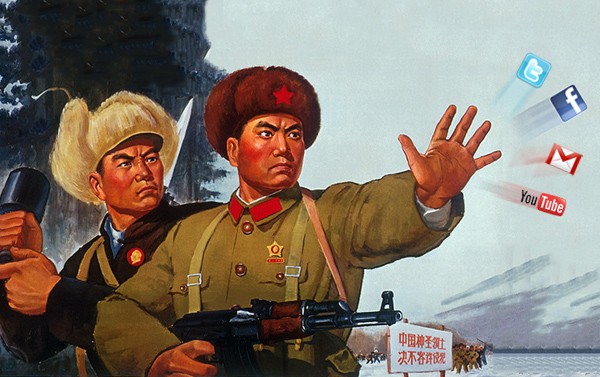 VPN is short for ‘Virtual Private Network’. Setting up a VPN connection on your device allows you to send your Internet connection through a secure tunnel that encrypts all of your traffic. This process prevents government agencies or hackers from eavesdropping on your online activity and in turn compromise your private data. VPN essentially allows you to get an extra layer of privacy and security that protects your emails, passwords, messages, as well as online banking accounts. Keep in mind that VPN is totally legitimate and is used by corporations across the globe.

Reliable VPN services can cost between 6 to 9 US dollars a month. You basically get what you pay for. A more expensive VPN provider like ExpressVPN offers more VPN servers and higher speeds. They also have highly responsive customer support, something you have to consider when traveling abroad. China has begun banning unauthorized VPN services.

We continuously monitor VPNs to see which really working in Mainland China. Here are the top VPN providers in China in 2020. We’ll be talking about them in details later on in this review. For now, take a brief look at each and every one of them.

Is VPN in China Illegal?

Operating a VPN business in China is indeed illegal. However, there is no regulation that prevents individuals from using an overseas VPN. Whether a VPN can be considered legal or not in China really depends on what you do after you connect to a VPN server. As long as you are using VPN to unblock sites that are geo-blocked such as Hulu, HBO Go, or Amazon Prime, you are basically not breaking any laws. However, if you intend to spread political messages, you can get into trouble. The Chinese government has indeed blocked some global VPN services. This is why it is crucial to choose the right VPN to use in Mainland China.

How Does VPN Help Me in China?

By connecting to a VPN server located outside China, you get to change your Chinese IP address. In other words, connecting to an American VPN server grants you a US IP address. This allows you to unblock Facebook, Youtube, Gmail, Twitter, Netflix, and all other websites you would normally access back home but are banned in Mainland China.

How Do I Setup A VPN Connection?

You could set up VPN manually via your computer’s network setting. However, downloading and installing a VPN application to your PC, Mac, iPhone, iPad, or Android makes the setup process much easier. You can get the VPN app from the VPN provider you signed up with. Most VPN providers also offer their apps on Google Play Store as well as on Apple’s App Store. Getting the VPN app set up before leaving for China is highly recommended. Once you have installed the app, all you have to do is sign in using your username and password provided to you by your VPN provider. Finally, choose whichever VPN server you want to connect to.

There are several aspects you need to consider before choosing which VPN provider to sign up with. There are free VPNs out there, but I would not recommend using them.

Most free VPN providers set a limit on the amount of data you can download. Being free, there are bound to be many users connected to their VPN servers which makes these servers much slower and thus practically useless for online streaming. In some cases, free VPN providers trick you into downloading malware onto your device. Only use trusted VPN providers. That’s why I’m going to review 4 of the top VPNs that actually work in China. Here they are.

First, let’s start with one of my favorites, ExpressVPN. I’m not trying to be biased here, but this VPN has made it to the top of the list based on the reviews it’s been getting over the years. You don’t nominate a VPN provider to be on the top of the industry if it’s not qualified enough.

This robust service boasts a huge server network that covers over 94 countries around the world. That means bypassing geo-restrictions is child’s play for this VPN provider. It’s one of the few ones out there that can bypass Netflix’s VPN blocks. That’s pretty legit. A lot of VPN providers can’t access American Netflix such as Tunnelbear and others.

Once you subscribe to their service, you’ll be able to benefit from a VPN connection on 3 devices at once. That’s a pretty good feature considering ExpressVPN has clients on most operating systems including iOS, PC, Mac, and Android.

Being second on our list doesn’t mean that it’s less important than ExpressVPN. Each VPN provider comes with certain features that vary according to a consumer’s needs. NordVPN, for example, focuses on security more. That’s not all, although the countries it covers are less than ExpressVPN, the service has more than 5000 servers across 60+ countries.

If you’re already a subscriber, you’ll witness some drops in your connection speed. That’s due to some unreliable servers that NordVPN has. However, with time, it was able to fix this issue. Once you sign up for their services, you’ll be able to share a connection on 6 simultaneous devices. That’s more than enough to secure your family and friends’ platforms.

One more important feature is their Smart DNS feature. It goes by the name SmartPlay and it’s able to unlock hundreds of channels worldwide by simply changing some DNS settings on your device. However, you’ll be sacrificing the VPN’s security features in the process. If you’re an avid streamer, I suggest you go for Smart DNS.

When we’re talking about the best VPNs for China, we don’t really care about their server network. We just want a service that works inside those walls. Well, BulletVPN is still small compared to the other, but at least it was able to bypass the Great Firewall.

This VPN has servers in 30 countries, which is not that grand if I may say. However, it still has the best security features any user can wish for. The service is quite affordable and adds a Smart DNS feature for subscribers. You can use BulletVPN on 3 devices under one account and benefit from over-the-top security protocols such as PPTP, L2TP, OpenVPN, IKEv1, and IKEv2.

Moreover, BulletVPN doesn’t maintain records of users’ information and activities, that’s what we like to refer to as a no-log policy. This means that if the government asked for information about you and the sites you visited, the VPN has nothing to give in return. It’s a pretty good feature to have considering China is one of the most censored countries in the world.

SurfShark is quite new to the scene, but it does offer a decent server network to back its service up. You’ll be able to tap into more than 500 servers in 50 countries. That includes regions in The Americas, Europe, Asia-Pacific, the Middle East, and Africa. You’ll find a good number of servers covering Europe. However, Asia isn’t as equipped as the Americas and Europe are.

Aside from their native app that’s compatible with almost all operating systems, SurfShark offers Chrome and Firefox browser extensions for an easier approach. Now, let’s talk about the main focus of this VPN provider, it’s unlimited simultaneous connections. None of the VPNs I’m aware of provides such a feature. I mean, you can give away your account to all your friends and family so that they can benefit from a VPN connection.

You might find this alarming as SurfShark is based in the British Virgin Islands. This region is one of 14 territories under the jurisdiction and sovereignty of the United Kingdom. However, it keeps no logs as several reports stated. That means the government will find nothing you did online since there’s nothing to present in the first place.

When Should I Set up VPN?

I’d strongly suggest signing up with a VPN provider before leaving for China. There are several reasons for that. For one, you will able to set it all up and verify it is working before leaving. Therefore, you can get it off your mind. You should also consider the fact that Google Play Store is blocked in China as well. That means that you might not be able to download the VPN app to your Android Smartphone if you are already in China. Another reason as to why getting a VPN before arriving in China.

Tips and Tricks to Unblock Websites in China

While staying at a hotel, airport, or restaurant, makes sure you are connected to VPN. Public places like these, especially those offering free WiFi hotspots, tend to be hackers’ havens. A VPN connection can protect your device from being hacked into.

Lastly, remember to connect to a VPN server in a region where the site you are trying to access is not blocked. Social sites like Facebook, Google+, Yahoo, Instagram, and Twitter are mostly available all around the world. However, streaming channels like Youtube, Netflix, Hulu, HBO Go, BBC iPlayer, or Sky Go are geo-blocked i.e. only available in certain countries.

As you can see from the list above, most of the websites you normally access on a daily basis are banned in China. Using VPN gives you a workaround which allows you to bypass censorship imposed by the Chinese Great Firewall and unblock your favorite websites in China. VPN also helps you protect all your private info when staying at hotels, restaurants, airports, or other public places whether at home or abroad. What do you think of our best China VPN for 2020 list above? Have you used any of the VPN services we have suggested? Share your experience below.