For most of us on the internet, social media has become synonymous with Facebook. Just for a moment, imagine that due to a violent storm, this colossal networking site gets impaired for a little while. It might not make a huge impact on our lives. The worst situation that you could face is that you can’t view or share cat videos or viral memes for some time. 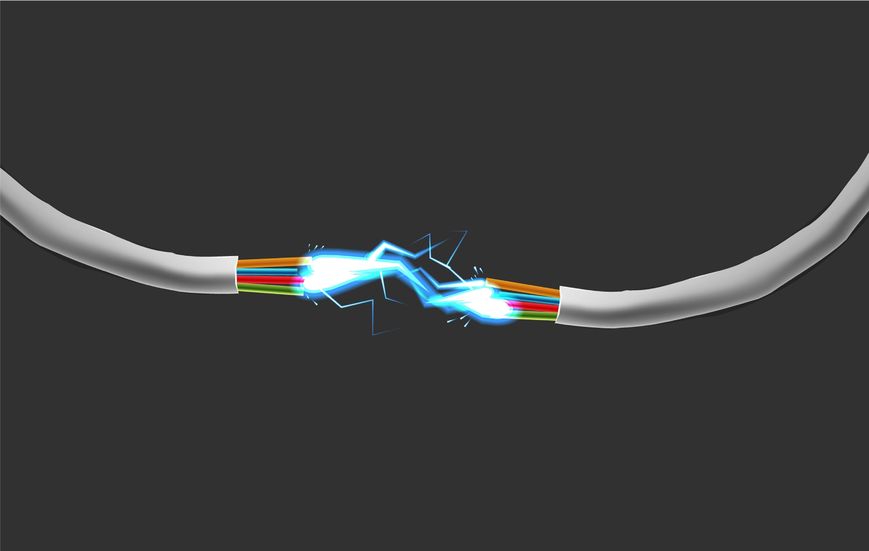 Can The Internet Shut Down?

But, in late September, this is exactly what happened and this is not the first occurrence this year. The social media giant had to face this temporary crisis for the third time, sending the netizens into a frenzy.

However, there is no actual necessity for such panic. The Internet is nothing more than a large network of several nodes, independent of one another, connected together. A group of businesses or governments control and maintain this collection. The design, by default, stores copies of all information. This means that even if the network is partially impaired, you can still access your data through another portion of the network.

So the Internet Cannot Shut Down?

Actually, partial incapacitation of the internet is possible with occurrences like earthquakes or power outages mentioned above. When this happens, the services in a particular region or a whole country will be affected- but not so adversely that it would completely crash in the whole world. The 2007 earthquakes experienced by Asia led to the damage of undersea cables and major telecommunications problem in that region. The rest of the world could access the internet normally, however.

Moreover, the governments of few countries have taken measures to prevent their citizens from accessing certain pages or websites on the internet by using protection schemes like setting up firewalls. That is what we call Internet censorship. The government of Egypt did try to completely cut off internet access to its people in 2011. But, their attempts proved futile as people found ways to connect even during such a strict shutdown.

What Happens When Internet Crashes?

Let us first understand what the term ‘crashing’ means. It is not exactly a gigantic threat to the cyber world across the world. Still, a crash means that there would be significant destabilization in terms of commerce and communication in a large geographical area. Two levels of scenarios can cause this:

Do Such Situations Really Arise?

The fact is that certain high-probability catalysts could cause a crash. Crashes are not only possible but also imminent if we don’t implement preventive measures to stop these:

If we use EMP (Electromagnetic Pulse Weapon), it will need several thousand miles in radius to see some effect. Detonating a ground-based EMP will cause the nationwide connectivity to slow down. But, even if a region’s connectivity speed is reduced to nil, there will be data transfer within other nodes of a larger, continental network.

In a hypothetical situation where an enemy foreign state detonates a nuclear warhead over a part of the country, it would create an electromagnetic shockwave of tremendous magnitude. It can affect all basic internet infrastructure and the servers inside the EMP’s radius. Anything else that is remotely linked to its power grid can be rendered useless in its wake.

There is a possibility of a space attack with another kind of EMP energy wave. Supposing that ‘X-class solar flare’- like the ‘Carrington Event’ circumstances does hit the earth, it could annihilate the internet.

According to NASA, the Solar storm electromagnetic fields produced by the space weather can induce extreme wire currents. It can disrupt power lines and cause widespread blackouts that damage internet communication cables. So in an event causing the energy sweeps between Beijing and Manhattan, all the nodes in this path become scrap metal.

The supposed cyber terrorism attack of Assad’s team revealed important ramifications of a digital strike. This pro-Syrian hacker group, funded by a beaten down Middle Eastern government, had limited resources when compared to a powerful nation with conventional war capability like North Korea.

Still, it took a lot of penetration analysis to find the source of the said cyber attack. It only confirms the existing fears. Cybercriminals, with much more effective strategy and means, can destabilize the internet at any moment. If Asad’s people can attempt to target Google, then Putin’s team could easily shut down the internet completely.

If a government wishes, it could cut off the internet and we say this because they have declared it openly. A bill called PCNAA (Protecting Cyberspace as a National Asset Act) was proposed in June 2010; giving the Oval Office the power to authorize the emergency shutdown of private and government networks, in case of cyberattacks that could cause loss of lives or other massive damage.

If a government can execute this operation in its own country, it is also possible in theory, that a foreign state can use this kill switch and execute a digital invasion on the US.

5. In the event of Cable being cut

In a CNN article, analysts opined that an oblivious ship dragged its anchor which severed an important data cable on the ocean floor. This was proved wrong, but no one could find the exact reason as to why a cable would get cut. This presents a real threat as any naval commander would just need to drag their ship’s anchor on the ocean floor to disrupt an economy or wage war with another nation.

Finally, we can only conclude that shutting down the internet would require a major level of global coordination between governments of various countries. Otherwise, it is still possible to access the internet in a few parts of the world. Since the web is a decentralized system, there is no possibility to have a single kill switch to shut down the internet for the entire world. Just in case, we’ve prepared a guide which can walk you through what to do in case the Internet does eventually shut down.

Editorial 0
Everywhere around the world, Internet freedom is under attack. There was a time when