Anyone who knows anything about internet security knows that VPNs are one of the best options to stay anonymous online. They protect you, your identity, and your location from all kinds of spying and hacking attempts. They also let you bypass online regional blocks by enabling you to use a server where the content is not blocked and access it. So if you are traveling outside the states and still want to watch Netflix, VPNs are the way to go. And if you want to hide your IP for whatever reason, a VPN can help you out. There are so many reasons why people use VPNs and their usage has shot up over the last few years. Despite the fact that VPNs have shot rapidly into popularity over the recent past, very few actually know how the technology was developed and became available to the public-at-large. Let’s take a look at how the technology came into being. 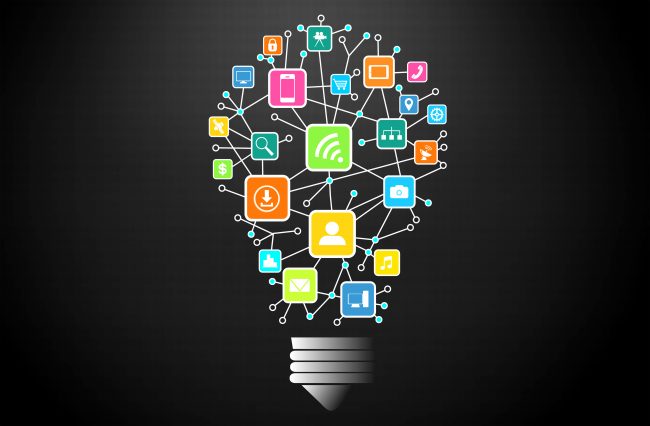 Though the emergence of VPNs in the popular online conception is relatively recent, their origins are over two decades old. Specifically, in 1996 when the PPTP protocol was developed and released. PPTP stands for Peer to Peer Tunneling Protocol and it is the most basic form of secure data transfer known today. From that time on, tunneling protocols have been increasing rapidly in security and complexity in order to keep pace with efforts to nullify them. Now, we have several types of tunneling protocols available to regular users like L2TP, IPSec, and SSL etc. – all with their varying uses, benefits, and drawbacks.

Who Were VPNs Meant For?

VPNs were originally developed for major business entities that needed a secure channel of data sharing and communication. Much like the internet itself, this technology was never really meant for public use. It was meant exclusively for companies that wanted to keep their internal communications private and allow employees to securely access files even if they were not on the office premises at the time of logging in.

However, with the rapid expansion of internet facilities and the development of malicious software, the need for the public use of VPNs became imminent and many companies began entering the market with their VPN services on offer. The overwhelming majority of VPNs can trace their roots back to these origins. They owe it in full to these early developers who devised the earliest forms of tunneling protocol technologies and paved the way for the development of VPNs as they are today.

What Got VPNs Popularized?

Wikileaks, Snowden, and other sources of leaks on clandestine government policies and operations for the internet made it obvious that it was not just companies and people highly invested in digital markets who needed to keep themselves safe online. The common individual too had to watch their digital back and make sure no one was tracking them.

As technology grew, so did the restrictions imposed on their usage. In some countries like China and Russia, there is an abundance of laws dictating what citizens can and can’t do online. It is not just these two countries, but many nations around the world have pretty strict laws on what is acceptable and what is not. And if you don’t follow these rules, then you can land yourself in some serious trouble.

While different people have different reasons for using VPNs, the biggest use of VPNs in the world is not for securely evading government authorities. Rather, it is to ensure that no idiosyncratic policies of big companies can hamper the entertainment of the people. While on one hand, we have Netflix, Hulu, BBC and other online content platforms, on the other hand, we have a large number of geo-restrictions that limit their usage.

Obviously, the average person with a Netflix subscription does not care whether they are in the US or anywhere else. They paid for it so they should be able to use it from anywhere. We strongly agree with that but the big media companies do not share our opinion. To bypass this little problem, VPNs were devised. By letting people choose servers from anywhere in the world, VPNs allowed people the access to content that was generally restricted to them. This makes up for a significant portion of VPN users and the numbers continue to grow every day.

Another reason for the prominence of VPNs is the fact that they let the users remain anonymous and prevent the law from getting to them. For countries where there is a lot of censorship and banning of certain types of online material, this is a big relief. For example, Russia has a pretty strict anti-LGBT policy and people who support this cause often use VPNs to connect with each other online. In China too, VPNs provide people with a secure medium of interacting with each other and promoting ideas which would otherwise invite the ire of the government authorities.

So What Does the Future Hold for VPNs?

Recent trends and upward VPNs usage spikes around the world are indicating that VPN services are in for a period of a steep incline. This means that more and more people will be using VPN services to secure themselves against any and all cyber threats. With evolving technologies, we can also expect that security measures will evolve and VPNs will be able to provide a risk-free high-speed internet usage option to clients in the not-so-far future.