What are the most secure messaging apps for private texting? The number of times we hear about personal messages and emails getting hacked is now at an all time high, thanks to the undying appetite that unscrupulous hackers now have for users’ private information. Regardless of whether these hackers are acting independently or out of state sponsorship, the mechanisms they’re using to get access to people’s private correspondence are becoming ever advanced. This calls for users to be on high alert, and adopt safeguards that’ll allow them to keep their private data protected. 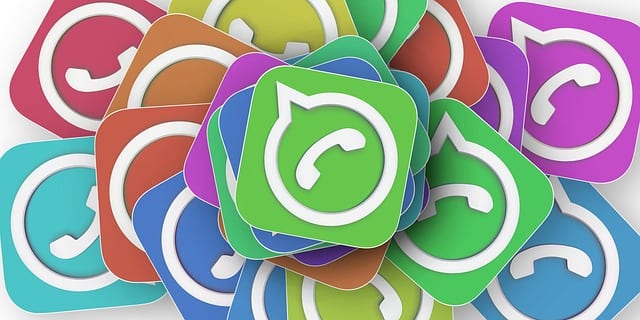 The Most Secure Messaging Apps

One of the ways a user can be able to do this is by ensuring that the messaging app they use to communicate contains some level of encryption; such that their private messages are not susceptible to falling into the wrong hands.

You’re probably wondering, what products should you be using to enhance your privacy? Let’s do a run-down of about the most popular consumer messaging services to give you an idea of the level of protection you should expect.

How Private is Your Messaging App?

What you should bear in mind here is whether your message service is “end-to-end encrypted”. This is the kind of encryption where your service provider doesn’t really store copies of the messages you send on their servers. It prevents any message mining by law enforcement agencies, or even advertisers. What you send can only be read on the sender’s and recipient’s devices. 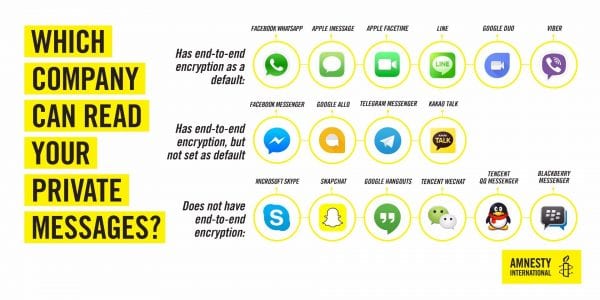 Here are some of the most commonly used apps/services and what they have to offer in terms of privacy.

If you want to make sure that nobody is eavesdropping on your messaging, we highly advise you to use a VPN. A virtual private network, better known as VPN, basically enables you to encrypt all of your traffic. This includes your messages as well. Here’s a list of the best VPN service for secure online messaging. You can also read our comprehensive VPN review guide here.

Final Thoughts On Why You Should Secure Your Private Messages

Knowing that no-one is able to intercept the private messages that you send through email or text brings an element of security that you can only appreciate if you’ve had an experience where your private information got stolen. It could’ve been by hackers, or credit card scammers. Most importantly, it could have been prevented. All you need is to take the required amount of action. Take the step, and protect your data. The damage that can be done if you don’t can, in some cases, be deemed irreversible. Remember, if you truly appreciate your privacy, it’s always best to connect to a VPN server.

VPN Geo Change 0
Anyone who knows anything about the internet has heard about Edward Snowden. No one

Editorial 0
WhatsApp vs Telegram: Which is the best messaging app? Whatsapp is one of the

Editorial 0
Google Play Store has a plethora of applications that cater to a diverse Android audience,

Editorial 0
Social media is an integral part of modern life. With all the advantages social
Adblock
detector map