Jailbreaking is basically hacking your device so you can run apps on it for free. Some jailbreak their device so they can get rid of apps that came pre-installed on it. Often also called rooting, all kinds of devices including laptops, phones, gaming consoles, and many others can be jailbroken. This is done by getting rid of some critical features which then allow for restricted apps or services to run. While this may seem like a good idea and you do get more freedom on your device, it is also risky. 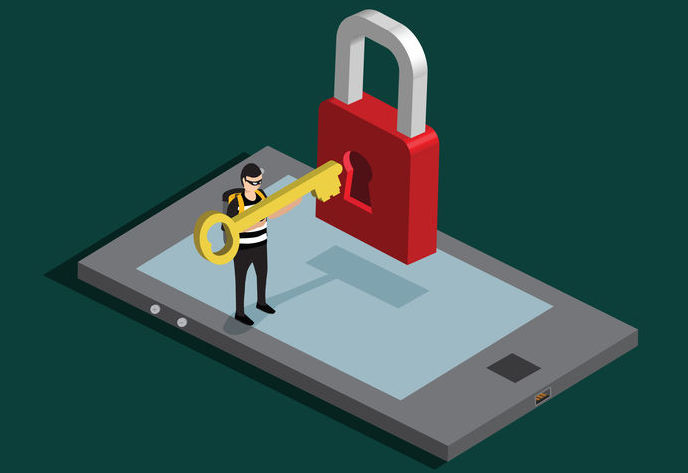 Why Jailbreaking Your Device is a Bad Idea

However, jailbreaking has become significantly harder over time as more apps and settings have been added to support device frameworks. To understand how jailbreaking increases the vulnerability of your device, it is first important to understand one primary difference between rooting and jailbreaking.

Rooting vs Jailbreaking: The Difference

In principle, rooting and jailbreaking are the same. However, jailbreaking is a term which is used most often with iOS devices. It is intended to upgrade the privileges of a root category to that of a superuser. Being a superuser allows complete access to all device features. However, iPhone and iPad owners aren’t the only ones looking for a way to get more out of their devices. Android smartphones are often rooted as well. The rise of Kodi made the FireStick one of the most jailbroken devices around.

However, the problem with jailbreaking iOS or other devices is that they become much more prone to attacks. That means that a jailbroken device might be easier for cybercriminals to hack. This leaves your private data, including emails, social media accounts, and credit card info, exposed. As a result, many online banking apps do not run on jailbroken mobile devices for instance.

Also, certain jailbroken devices will need to be jailbroken every time they are restarted. This makes using them a rather tedious process. In comparison, rooted devices are most commonly used and have pretty expansive user functionality ever before rooting.

Do Rooting and Jailbreaking Make Your Device More Vulnerable?

Yes. rooting and jailbreaking are methods whereby the standard security protocols of your device are nullified. As a result, you are far more open to exploitation than you would normally. So, if you have a jailbroken or rooted device you need to be sure that your app permissions are proper.

On such devices, gathering user information is easier than ever. So, the user needs to make sure apps only have access permission to the device data they need. For example, your free game has no business accessing your contacts.

Another problem with jailbreaking your device is that it can become more unstable. Jailbreaking manipulates the architectural code which maintains the device’s stability. This will result in a device which has erratic performance. An unstable device which crashes often has no use. So, you need to get the jailbreaking done by someone who can maintain the base code but also grant you access.

One more problem, you might have with jailbroken devices is security upgrades. The process of rooting or jailbreaking is done by exploiting vulnerabilities. These vulnerabilities will most likely be screened out by the next upgrade and you will have to jailbreak your device again. This can be tedious and also keep your device out of your hands for a few days at a time.

Best Alternatives to Jailbreaking or Rooting Your Device

Jailbreaking and rooting are useful custom configurations but also leave a lot of open gaps in your device security. For most of us, getting the customization might come at a rather steep price. Now, unless you are willing to take the time and learn the details of custom configurations, jailbreaking won’t benefit you. There are already a few very good alternatives to doing that. These ensure that you can get the enhanced user functionality you want while also maintaining the security of your device. Here are some ways you can avoid jailbreaking or rooting altogether.

Select the Appropriate Device for Yourself

Packaged or bundled devices will always come with a list of liabilities for the convenience they offer. This is the same for all devices whether phones or laptops or tablets or any other. For those among us with enough tech-savviness, choosing hardware and then compatible software based on our needs is the best idea.

For the rest of us who cannot be bothered to make that much effort, a simple review of the device capabilities is enough. The idea is to explore alternatives and ensure that you can strike a fine balance between functionality and security.

Understand What You Are Looking For

Even with preconfigured devices, there is some degree of changes which can be made. For a lot of people, that is good enough to get their work done. They really don’t need to jailbreak their devices and then reconfigure all the security features. In fact, it is better to leave all security features untampered and just make additions which will help increase the functions. With that said, it is always better to ensure there are no bloatware or other preconfigured functions which will compromise your security and privacy.

Become Active About Licensing and Repair

Most major device manufacturers retain rights to repair the devices that they have already sold to you. Depending on where you live, your device will have a number of restrictions on it. So, before you buy it is important you understand the damage and repair specifics. This will also influence your warranty and any post-warranty repairing you might need.

Also, there are movements being generated by organizations like the Electronic Frontier Foundation to eliminate these legal bindings. If you are among the many who are keen on actually getting the full functionality you want out of the device you’ve purchased, consider joining them.

Jailbreaking seems like a nice idea and it definitely makes sense for you to have full access to your own device. You paid for it after all and deserve to use it as you like. However, things are not so plain with jailbreaking or rooting. The base technology is inherently restrictive and the parent companies have clauses in the EULA which hold you back. In other words, jailbreaking your device might void its warranty.

Now, you might think this is a good cause for jailbreaking or rooting your device. But this will do more harm than good. Unless you are a professional-grade techie or have knowledge on par with that, jailbreaking has more cons than pros. You do not want to be stuck with a malfunctioning device on a busy office day or even worse, in an emergency. So, it is smarter to simply choose a device which offers the functionality you need without compromising your standard device security protocols.