Shadowsocks VS VPNS – What’s the Difference?

Are you wondering what the difference between Shadowsocks and VPNs are? Look no further. In this article, I’ll be pitting Shadowsocks VS VPNs to show you the differences in their functionality, their security aspect, and their purpose in general. I’ll also be explaining when and why you would need either tool. 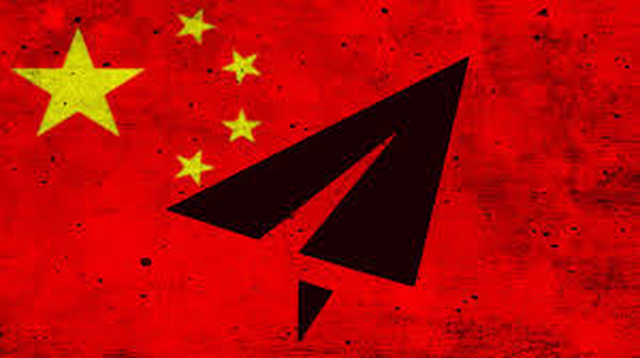 Shadowsocks VS VPNS – What’s the Difference?

To start with, let’s discuss the functionalities of both a VPN and Shadowsocks.

VPNs are Virtual Private Networks. They function as cybersecurity tools that (1) encrypt your data and (2) re-route all of your traffic through their own secure servers. This allows VPNs to secure your data, make sure your connection is private, and offer you anonymity online. Because they re-route all of your traffic indiscriminately, they end up changing your public IP address too. This means that on top of being a cybersecurity tool, VPNs can also help you bypass geo-restrictions.

Shadowsocks is a little different. For one, it’s more of a proxy than a VPN. In fact, it’s not a VPN at all. The main focus of shadowsocks is to bypass restricted content. The whole reason shadowsocks exists is because a Chinese developer wanted to bypass the Great Firewall of China and access the internet without restrictions. That being said, Shadowsocks does nothing for your privacy or your anonymity. It doesn’t encrypt all of your data, it doesn’t re-route all of your traffic, and it doesn’t mask your IP. Shadowsocks uses HTTPS and SOCKS5 protocols to hide some of your traffic, which it routes through a server. This hides what kind of actions you’re doing online from your ISP. The only data shadowsocks encrypts is the traffic it sends through to the proxy server. For tech-savvy individuals, this is limited to TCP (and sometimes UDP) data packets.

Now that we understand the difference in how VPNs and Shadowsocks function, let’s discuss the security aspect of both these tools.

With VPNs, security is a functionality. They encrypt all of your traffic and make sure that all of your data is secure. VPNs work towards protecting you from possible data theft and potential hacks.

So, security is definitely a big factor when it comes to VPNs.

Shadowsocks, however, isn’t like that. Security is still a functionality of Shadowsocks, but it doesn’t take it as far as VPNs. See, the data that Shadowsocks does re-route is encrypted, but that doesn’t mean that all of your data is. Since shadowsocks wants to bypass restrictions right under an ISP’s nose, it needs to make sure that the traffic the ISP can see doesn’t look different.

In other words, VPNs are secure because of their full data encryptions. Shadowsocks only encrypts the data it re-routes. However, no third-party can tell that you’re using Shadowsocks…that counts towards security, right?

Let me first explain what a Threat Model is.

In the realm of cybersecurity, researchers use threat modeling to asses vulnerabilities. In other words, it’s a way of assessing where a threat might be coming from. Both VPNs and Shadowsocks are solutions that were created based on specific threat models.

VPNs are tools that protect you and your connection from outside interference. I.E., VPNs were created with the threat of attackers, hackers, and surveillance bodies in mind.

Shadowsocks was created for the sole purpose of circumventing restrictions imposed by your ISP.

Shadowsocks VS VPNs – Which One Should I Get?

Based on those models, you should be able to easily decide if you need a VPN or Shadowsocks.

Are you worried about your privacy online? Then go with a VPN.

Are you in a country that enforces a lot of restrictions on the internet? Shadowsocks is the service you should be looking for.

I do have to note that VPNs require no configuration on your computers or your mobile devices. All you need to do with VPNs is to download their designated app. Shadowsocks, being a proxy, will require some configuration. Also, since VPNs re-route all of your traffic, you don’t need to inform a program that you’re about to use it. Just turn the VPN on and do your thing. With Shadowsocks, however, it’s a little different. Since it selectively re-routes traffic, you need to select which traffic you want re-routed.

There you have it, Shadowsocks VS VPNs in a nutshell. As you can see, both tools work in different ways and are used for different purposes. If you’re stuck deciding between a VPN or Shadowsocks, you need to define what it is you want out of either tool specifically before you can make your pick. That being said, you should seriously consider having both tools in your arsenals for countries like China, Saudi Arabia, Ethiopia, Iran, Syria, and Vietnam.