ExpressVPN vs Hotspot Shield: Which VPN is the Best?

ExpressVPN VS Hotspot Shield: Which VPN should you subscribe to? A VPN is a commitment and your VPN choice drastically affects your privacy. So, of course, you want to make sure that you’re making the right decision. If you’re stuck between ExpressVPN and Hotspot Shield, two of the most downloaded VPNs, check out this comparative review to find out which VPN deserves your attention. Please note that this comparison is based on the Premium version of Hotspot Shield. 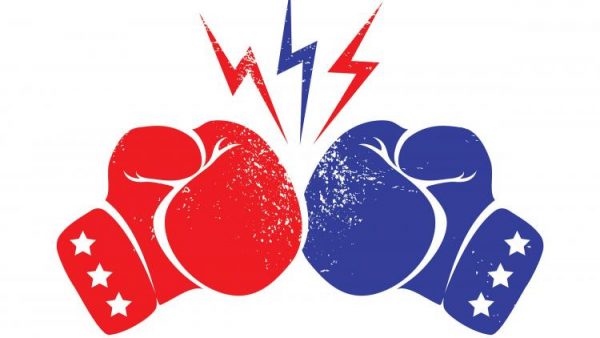 ExpressVPN vs Hotspot Shield – Which VPN is the Best

To give a comprehensive view of the features and services both providers offer, I’ve compared the pricing, customer service, internet speed, device support, and servers of both ExpressVPN and Hotspot Shield.

Let’s start by going over the pricing plan of both ExpressVPN and Hotspot Shield.

When it comes to pricing, Hotspot Shield offers better plans for users on a budget. Their 3-year plan is only roughly $26 more than ExpressVPN’s yearly plan.

Both Hotspot Shield and ExpressVPN have a live chat option for their customer support.

With ExpressVPN, you can access the live chat portal anywhere on the website. They do not ask you for any identifying information for the live chat to work. The customer support agents are fully briefed on all that ExpressVPN has to offer and respond quickly to any question thrown their way. If the agent needs to double check information, they will inform you of that and ask you to be patient while they get back to you with the answer.

Hotspot Sheild’s live chat option was a bit of a disappointment. To start, you can only access the chat portal from their pricing page. There is no button for you to click, the chat will just pop-up at the bottom of the page. They also require a name and email address before you can talk to a customer support agent. During the multiple tests conducted, their agents continuously stopped replying for long periods of time (the maximum I experienced was 2 minutes of radio silence) without informing me of the need to delay the answer. They answered all of the basic questions about their service but answered with very vague replies on any question that isn’t in the FAQ.

Our experts ran speed tests for both ExpressVPN and Hotspot Shield.

ExpressVPN’s speeds were fairly consistent across all of the servers tested. In general, the download speeds decreased by about 10% on all servers.

Hotspot Shield’s speeds weren’t as consistent across the servers our experts tested out. The download speeds were sometimes only 0.9% slower and other times 22.7% slower.

With ExpressVPN, you get up to 3 simultaneous connections at a time.

With Hotspot Shield, you get up to 5 simultaneous connections at a time.

Regardless of the features, the most important aspect of a VPN’s service is its approach to a user’s privacy and security. Here is how these two providers tested:

When we’re assessing the security of a VPN, we usually look at their VPN protocols, their encryptions, and their logging policy. Here is what we found with ExpressVPN VS Hotspot Shield:

ExpressVPN proved beyond a shadow of a doubt that they do not keep logs of their users browsing activities. Hotspot Shield, on the other hand, was accused of sharing its users’ data with third parties.

Based on the tests that we’ve done and the features offered by both Hotspot Shield and ExpressVPN, it’s clear that ExpressVPN comes out as the clear winner. Hotspot Shield might be more affordable, but its features and it’s Privacy & Security did not fare well against those of ExpressVPN. If you’re still stuck between both providers, do not hesitate to subscribe to ExpressVPN. It might be more expensive, but at least you are guaranteed a truly secure and private connection with its services.