Facebook to Use Wireless Protocols for People You May Know Feature

Facebook patented some new tech that’s supposed to boost its People You May Know feature, and it’s super shady. While the tech sounds cool and handy, it actually comes with some terrifying implications for our privacy and safety. Read on for the full story. 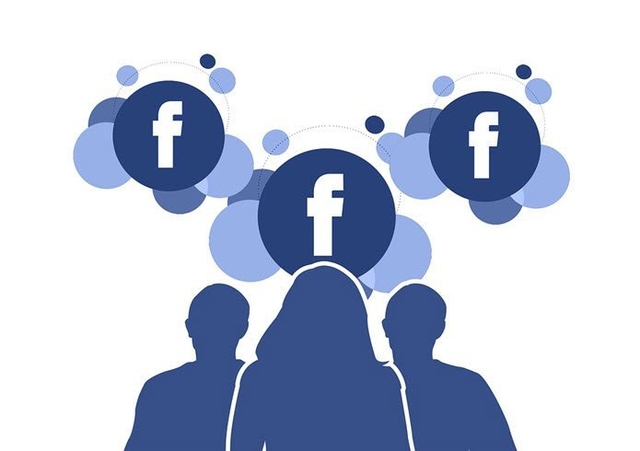 Facebook to Use Wireless Protocols for People You May Know Feature

Facebook apparently filed a new patent on technology that allows it to use wireless communications to suggest friends in the “People You May Know” feature. In order to illustrate this particular technology, let me first show you what the patent had to say about it:

That was a mouthful.

Let’s break it down and see exactly what Facebook has in store for their People You May Know feature. The very first thing that we can notice is the method this tech will use to detect suggestions for their PYMK feature. According to the patent, Facebook won’t really be relying on location tracking. Instead, it’ll base its suggestions on wireless signals.

What’s going to Happen to the People You May Know Feature?

So, as you can see, location services like GPS aren’t even a part of this new tech. Instead, Facebook can use different kinds of radio waves and frequencies to suggest possible friends to you.

How this Tech Will Work

The patent actually describes exactly how the feature will work. For the sake of this illustration, let’s call user one Jenny and user two Tom:

Now, in this scenario, neither Jenny nor Tom need to have their GPS on for this to happen. They just need to have a device with the Facebook app on it.

Oh my, where do I begin?

Let’s start with the security implications of this kind of technology. Had Facebook used GPS-based technology for their People You May Know Feature, you can, in theory, opt out of having your location tracked. This tech, however, uses communication protocols that you can’t really turn off. Seeing as Facebook doesn’t always make it easy for a user to opt out of one of their services, this kind of tech might end up being very dangerous for some people.

“But, Hiba, how harmful could this be? I mean you can easily not add the person to your friend’s list”

True, but that doesn’t mean that the person won’t have access to your information. Take a good look at your Facebook profile. How much personal information is on there? Your location, your full name, your friends, where you went to school, where you work…unless you’ve made your account completely private, a random stranger can end up knowing enough information about you to be a threat. Especially if that person isn’t a “good person”, per se.

The thing is, even if you have your profile completely private, your full name still shows. This kind of tech also allows the People You May Know list to bypass one of the privacy features that Facebook has on offer: limiting “Who Can Look You Up”.

So, yeah, bad agents can potentially use this tech to, more or less, invade your privacy completely. Honestly, I don’t even want to think of how much this would facilitate stocking and physically attacking another person. Since Facebook isn’t exactly known as the beacon of privacy and security-centered tech, I don’t fully trust them with keeping sensitive information private using tech like this.

This has not been a good year for Facebook when it comes to keeping their users’ privacy secure. In fact, Facebook has pretty much tanked on this particular front, so much so that the US Congress had to question Zuckerberg about Facebook’s privacy and security. The kind of technology proposed in Facebook’s new patent may very well seem like a good idea at the start. Since Facebook doesn’t really have a good record with privacy, I don’t think it’ll stay that way. Hopefully, Facebook’s trying to stop competitors from using this tech and isn’t actually planning on releasing it. I mean, a girl can dream, right?