How to unblock American websites outside the USA? If you’re outside the US, there’s a fat chance that you’d be able to access any of its websites from where you are. Netflix USA? HA! HBO Go? Nuh-ah. MTV? Guess again. Neither one of these American websites can be accessed from Australia, Canada, Germany, Italy, or the UK due to strict geo-restrictions. You would think that because the world is global, everything is available for everyone, but that couldn’t be farther from reality especially with American content. Copyright laws and distribution policies are driving factors for geoblocking, which marks the easiest way to limit people’s access to national content.

But even with geo restrictions, American websites can still be accessed abroad using a VPN or Smart DNS proxy. By connecting to either one of these two, you will be given access to region-specific sites and services like Amazon, Pandora, Spotify, and Hulu regardless of your current location. You can also unblock e-commerce websites like Target, Wallmart, Bestbuy.com, and Shop.com on your PC, Mac, Android, and iOS devices. Find out how in the tutorial below. 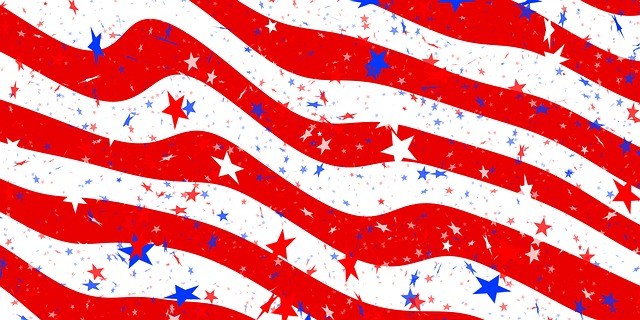 How to Unblock American Websites outside USA

How to Unblock American Websites Outside the US Using a VPN

It can be very frustrating not being able to catch the latest episode of a show you missed on Hulu or stream a newly released song on Spotify while you’re abroad. You might have a US account, a yearly subscription and all that, but that wouldn’t make a difference. Your IP, on the other hand, would. Your IP is directly correlated to your location, so unless the American website you’re attempting to access detects an American IP, chances of that website opening are very slim. Of course, it’s a whole other story if you use a VPN. This is mainly why this technology was designed in the first place, to help users unblock restricted websites in a safe and secure manner.

How Does a VPN work?

A VPN, virtual private network, creates a digital tunnel through which your device accesses the Internet. All of your data gets encrypted while traveling through that tunnel to other networks. Your connection is rerouted through a designated server in the country of your choice thus granting you the IP address of that country. The level of privacy and security you obtain with your VPN connection encourages you to unblock websites and surf the web as you please with complete anonymity. This is how you use a VPN:

For unblocking geo-restrictions, we highly recommend subscribing to ExpressVPN. With this service provider, make sure that you’ll receive a full and unrestricted Internet experience. With servers in over 94 countries, there has to be a server that will meet your needs and unblock the American websites you wish to access. Check out the other service provider capable of performing the same function in the table below.

With the increase of geo-blocking activities another technology had to devised so Internet users won’t face any blockades. A Smart DNS proxy is yet another tool that helps you access geo-restricted websites like Hulu, BBC iPlayer, BeInSports and many more. It does so by rerouting the traffic required to determine your geolocation through its dedicated server, which is conveniently located in the country where the website you are trying to access is based. It’s not the same as a VPN, for it neither encrypts your data nor provides with new and temporary IP address. The results, however, are very much the same in terms of getting the restricted websites unblocked. Here’s how:

Unlocator is a Smart DNS proxy that allows you to watch over 200 channels from anywhere in the world. Smart DNS proxies are usually faster than VPNs because your normal data traffic remains untouched and only geo checks get rerouted. With Unlocator, you wouldn’t have to worry about geo blocks or blackouts from your favorite events, shows, and programmes any more.

The most popular websites are only made available for specific countries, in this case, we’re talking about the USA. The reasons for blocking these websites vary, but they shouldn’t matter that much now that you’ve learned about two methods to get around them. If you’re an American expat who wants to regain access to all of your favorite channels, websites, and services in the US, all you need to do is subscribe to a VPN or Smart DNS. Keep in mind that they’re the only tools you’ll need for getting all you desired American websites abroad. Which VPN do you recommend? Let us know in the comment section below.

VPN Geo Change 0
How to Access Region-restricted Websites? Let’s say you’re an expat in a country where