The MLB season is the most prestigious baseball league in the world. Although 30 of the best teams in the world compete in it, we all know that one stands out and it’s most likely everyone’s favorite, the LA Dodgers. Every Dodgers’ fan tune in when their team is playing, other than that, they just let the MLB season pass. That’s why I made this guide today to show you how to stream every LA Dodgers game live online without blackouts. 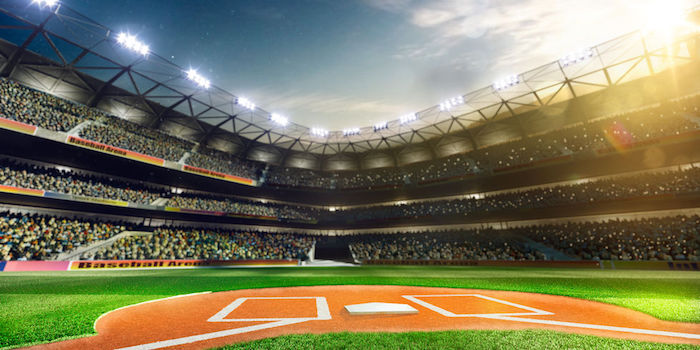 Have you ever encountered a blackout while streaming an MLB match? If not, let me explain to you what it is. Blackouts occur when a major TV provider has the rights to air the game on television. As a result, streaming services including MLB.tv won’t be able to show the game online as it is being broadcasted on live TV. That’s pretty unfortunate especially for cord cutters who stream their MLB matches online living in a region where blackouts occur frequently.

You’ll be getting messages informing you that your game has been blacked out. The errors will be as such:

According to MLB.tv, your game will be available for streaming 90 minutes after the match has ended on TV. But who wants that? Why would we miss a Dodgers game when we can watch it live?

LA Dodgers Live Online – What Are the Channels?

Dodger fans, you’re in luck when it comes to streaming your team’s matches. There are a plethora of services that allow you to do so with ease. So, to take you even deeper into the matter, here are the official channels that are airing every LA Dodgers game during this season:

As an avid Dodgers fan, I’ve been streaming on MLB.tv for quite some time now. The service has taken Major League Baseball accessibility into a whole new level. You can literally watch every game without having to worry about missing a thing. That is of course if you don’t run into blackouts while streaming. I’ve explained what blackout restrictions are above and I’ll be giving you the proper solution for them in a few. For now, let’s dig deeper into MLB.tv.

First of all, you can watch every 2019 out-of-market regular season game live or on demand for a 29.99$ fee a month. You’ll also have the option to use the service for a whole year if you pay an amount of 118.99$. Now, this is very important for us Dodgers fans, there’s an option where you get to choose a subscription for a single team. That’ll cost you 91.99$ on a yearly basis.

MLB.tv doesn’t fool around when it comes to platform compatibility. You can use the service on Amazon Fire TV, Apple TV, iOS, Android, Chromecast, Android TV, PlayStation 4, Xbox One, Windows PC, Mac, and Roku.

Now, to help you bypass MLB blackouts. It’s quite simple by the way. All you need to do is get a VPN and connect to a server in a region where the game is not being aired on TV. For example, if the match is not broadcasted in Michigan, a server there would be your perfect solution.

Here are the steps you can use to bypass LA Dodgers blackout restrictions:

There are plenty of VPNs that can help you circumvent such issues. Check them out in the table that highlights the top VPNs for MLB.tv below.

Sling TV is a top-of-the-line American Internet Television service provider. At just $40 a month, you get streaming access to over 48 channels.

Sling TV is available on a respectably wide variety of platforms. You can use Sling TV on PC, Mac, Roku, Amazon Fire TV, Apple TV, Chromecast, Android TV, Xbox One, Android, iOS, and a variety of Smart TVs.

When you subscribe for Sling, you’ll be getting the likes of ESPN, the Food Network, IFC, Nick Jr., SyFy, TBS, TNT, and much more depending on the package you choose.

If you want to get the best of both worlds, you can subscribe for Sling Orange+Blue and benefit from both combined for only 40$/month.

ESPN+ offers a low-cost alternative for cable television that mixes live sports with some original programming. You’ll be able to watch MLB matches live and on-demand 7-days a week during this year’s season.

It sums up quality with a quantity with its original shows, movies, live sports, and on-demand content. Oh, did I mention that it’s pretty cheap as well? Yeah, you’ll be able to tap into all the above for just 4.99$ a month and you’ll be getting a 7-day free trial.

In addition, ESPN+ is available on almost every streaming platform you can think of. Just get their app and stream Dodgers games on iPhone, iPad, Android, Apple TV, Amazon Fire TV, Roku, and Chromecast.

The 150th edition of MLB began on March 20 and is scheduled to end on September 29. While we’re all Dodgers fans here, we might be interested in their matches only. So here are the upcoming LA Dodgers games in the 2019 MLB season:

How to Watch LA Dodgers Live Stream – Summing Up

The Dodgers as a franchise have won six World Series titles and 23 National League pennants, which is a pretty good reason to keep rooting for them all through the 2019th season. I’m pretty excited to see what they’re going to do this year and I’m sure you are too. So, let’s not miss a match and learn how to watch every LA Dodgers game online in this guide.