How to Watch NHL on Apple TV Live

So the NHL season is coming up, and hockey fans around the world are looking for ways to watch it without any complications. The number of channels broadcasting the games is impressive. However, not all these channels can be accessed from outside the US with ease. If you own an Apple TV, you’ll notice that most of the streaming channels on it are geo-blocked outside the US. The only way hockey fans from different parts of the world can access these channels is by a VPN service provider. With that being said, let’s explore which channels the games are on this year, and how to stream the NHL on Apple TV. 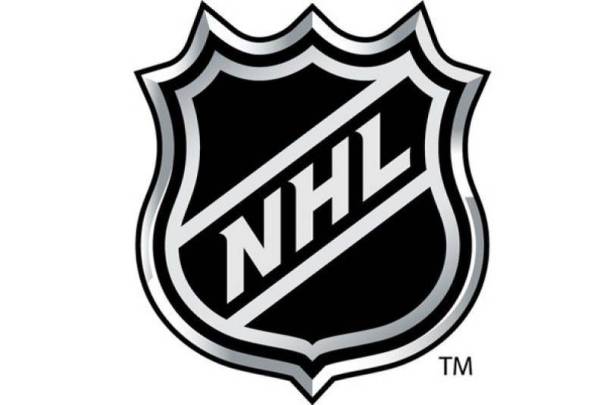 How to watch NHL on Apple TV

How to Watch NHL on Apple TV

The new NHL season begins on October 2, 2019, and will end on April 4, 2020. There are a host of apps you can use to stream the hockey games on Apple TV. However, since most of these channels are geo-blocked outside the US, you must use a VPN must for that streaming experience to take place.

The games will be broadcast on NBC affiliate channels again this year: NBC, NBCSN, CNBC, NBCSports, USA, and the NHL Network. Here are some other channels that broadcast the NHL games.

NHL.tv is the official streaming channel for the NHL. You can watch home or away feeds and choose up to four games at once. Keep up with every team’s scores, schedules, news, videos, and rosters on this app.

Watch key plays and crucial moments with in-game and post-game highlights with NHL.TV. Fans can stream every out-of-market regular-season game live or on-demand. If NHL.tv is your choice, you can sign up to the service using two plans:

If you take a closer look at the image, you’ll notice that there’s a warning underneath the plans. The message states: “Blackout and other restrictions apply, including national blackouts.”

If you’re not familiar with the term blackouts, it’s when a major cable provider has the broadcasting rights to certain games. Then, any streaming service will be blacked out during the match. You can watch it as a replay later on (Who wants that?).

In case you currently live in the United States, you have to mask your location to get around NHL blackouts and watch your favorite NHL team live online via:

Fubo TV is a TV-streaming service that focuses mainly on sports. If you own an OTA antenna that picks up NBC, and you’re also subscribed to FuboTV, you’ll be able to catch all the 2019/2020 NHL action live online. Fubo TV has more than 225,000 subscribers in the United States, and we can see why.

The service offers the best channels in the sporting industry. Its Standard Plan alone allows you to navigate through 115 channels with complete ease. That includes the likes of NBCSN, NBC Sports, CNBC, USA, and the Golf Channel.

With NBC Sports included in the package, you won’t have to worry about missing NHL matches at all. This is what their FAQ section states under the question “Are leagues like the NFL, NBA, MLB, and others available?”

“Absolutely! Not only does fuboTV have the NFL, NBA and MLB, but you can also watch NHL, NASCAR, golf, boxing, MMA, tennis, college sports and more.”

If you’re a die-hard sports fan, you can always opt for Fubo’s Sports Plus add-on. It’s for $8.99, and it grants you a wider selection of sports channels to stream live.

Sling TV  is a service that allows viewers to enjoy TV at cheaper costs than cable. The cord-cutting revolution has given Sling TV a subscriber base of 2.42 million subscribers in 2018. The numbers just keep growing courtesy of what this service has to offer.
There’s no long-term contract or commitment.
You just pick a plan, select your payment method, and live-TV is at your disposal.
Sling TV has three plans only – each one comes with a specific channel catalog. First, let me show you the packages:

One thing to keep an eye on, if you’re looking to stream NHL, you need to subscribe to its Blue Package as it includes NBC Sports. The Orange package lacks NBC but does include other channels for different interests.
However, if you want the best of both worlds, go for Orange + Blue, it includes both packages’ channels, and you’ll be saving a lot of money.

DirecTV Now is more like cable TV without the contract or satellite. It charges high prices but offers hundreds of channels in exchange. If you’re looking for endless surfing through channels experience, then this service might be a good option for you.

There are six different packages to choose from if you want to join the service’s 1.34 million pay-TV subscribers. The plans are as such:

If you want to settle for NBC Sports, you should opt for DirecTV Now’s Entertainment tier. However, those who can’t seem to let go of NHL Network, you’ll be able to access that with the Xtra package and above.

Hulu’s live offering put Hulu in the live-streaming TV games. If you live in the right area, $49.99 a month will get you NBC, USA, NBCSN, CNBC, and even NBC Golf. If you already have a Hulu VOD account, you can simply sign up for the Live TV feature and get all the live channels you want.

While Hulu Live TV is relatively still new when compared to the other options on this list, it’s a great substitute to watch live sports without cable nonetheless.

Hulu has many commercials with adult themes before, during, and after family and sports content, so if you’re watching the playoffs with kids, Hulu might not be the most suitable choice for your family.

Recently, Hulu added an Ad Selector feature, which lets you choose between different ads and advertisers, giving you choice and control over the ads that play.

Or simply, you can get rid of those pesky ads by shelling out an extra fee on top of your monthly subscription. Hulu Basic costs $4.99 but comes with ads. However, the Premium plan costs $11.99 per month, where no ads are present. So, in case you can’t tolerate ads popping every now and then, the Premium package is what you’re looking for.

How to Watch NHL on Apple TV Using a VPN

To bypass NHL blackouts or access NHL streaming channels abroad, you’ll need a Virtual Private Network. A VPN connects your device to one of its many servers located in the country where the content you’re trying to access is based.

It creates a private digital tunnel, which your connection gets rerouted through. This not only encrypts your data but also grants you the IP address of the country you chose.

Consequently, you’ll be able to access all the content your IP address allows. But let’s take a look at all the other benefits you get with a VPN:

Before we begin, you should know that Apple TV is not natively compatible with VPN clients. You then have to install the VPN application on your router. If you don’t know how to that, most of the VPN providers offer guides to help you out or follow the page presented in the steps below.

So, with that said, you’re ready to go through the steps below to watch NHL on Apple TV anywhere:

ExpressVPN is more than capable of getting you NHL outside the US on Apple TV. It’s a well-functioning and reliable provider that guarantees the bypassing of geo-restrictions.

It’s exactly what you’ll need to every NHL hosting channel unblocked in any part of the globe. If ExpressVPN is too pricey for you, you can always check out the other top VPN service providers for Apple TV in the table below.

Watch the NHL on Apple TV

This article is for hockey fans who are part of the Apple community. Those who want to stream the NHL on their Apple TV need to follow the steps in the guide.

Hopefully, it gives you a general idea of all the NHL streaming channels available on Apple TV and what you need to do to get them. With a VPN, all of these channels can be yours even if you weren’t located in the US.

Catching every NHL game doesn’t sound too complicated now, right? In case you need any help with setting up a VPN connection, give me a shout out in the comments; I’ll help you out.