The 2019 Rugby World Cup will be the first to be held in Asia as Japan set to host rugby’s biggest event. The tournament will take place from 20 September to 2 November where it kicks off at the Ajinomoto Stadium in Chōfu, Tokyo. There’s no shortage of ways to watch the epic event online. Follow this guide and find out when, where, and how to watch the 2019 RWC live online.

Stream the 9th edition of the Rugby World Cup live on the following streaming channels:

NBC Sports will act as the official broadcaster for this year’s RWC. The channel covers almost everything sports have to offer. It broadcasts a diverse selection of sports events, including the NFL, Nascar, Formula 1, Premier League, and the PGA, and of course our own, RWC. To access NBC Sports you’ll need a cable subscription. Other than that, you’ll only be able to watch select videos that aren’t that important at all.

Once you sign in with your cable credentials, you’ll be able to watch the 2019 Rugby World Cup live on Xbox, Amazon Fire, Apple TV, Chromecast, Roku, Windows, Apple iOS, Android, and Mac.

Stream the 9th WRC Live in the UK

ITV Hub grants you access to all there is to watch in the UK. The service is completely free if you have no problem watching a few ads every now and then. If you do, you have to upgrade your account to ITV Hub+. All you have to do is pay £3.99 per month and you’ll be watching your favorite shows, sports, and programs ads free at home or on the go. 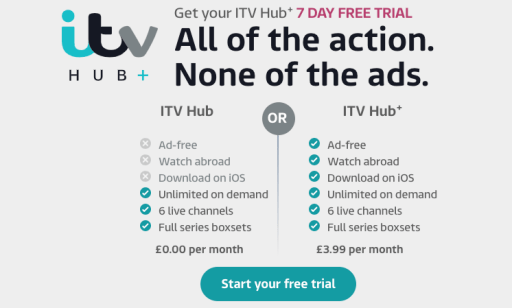 The best thing about this streaming service is that it’s almost available on every operating system you can imagine. Get their app and watch WRC live on PC, Mac, Android, iOS, Roku, Samsung Smart TV, Amazon Fire Stick, and Apple TV(Via Airplay).

How to Watch Rugby World Cup 2019 in Canada

TSN will broadcast everything that has to do with the 2019 Rugby World Cup. You’ll be able to stream all 48 matches on the Canadian sports streaming giant. Some of the channels offer matches for their own country’s team. However, TSN is bringing everything to your screen if you’re a Canadian fan.

TF1 is an on-demand and live streaming service that gives you the best content provided you live in France. MYTF1 is an online service of TF1, TMC, and TFX that allows Internet users to stream programs, sports, and series for a small fee. It’s one of the official broadcasters of the Rugby World Cup and by the looks of it, it will for the time to come.

French residents, you’re in luck. You have one of the top channels in the world and it can be streamed on Android, iOS, PC, Mac, and Xbox.

New Zealand’s own Spark Sport will bring the Rugby World Cup to your screens. The good thing about this channel is that you don’t require a long term contract to benefit from its services. You just pay a small subscription fee and voila. You have top sports at your disposal. However, one other good thing to talk about is that you’ll be able to use their 30-day free trial when the season starts. So make use of that if you don’t want to pay. Once you’ve subscribed, you can stream Spark Sport on Chromecast, Android, iOS, PC, Mac, and Apple TV.

For Australia, the upcoming RWC 2019 broadcast will be carried out by the by both TenPlay and Fox Sports. Ten Network will air 10 matches live including 5 for Australia’s team. As for Fox Sports, you’ll be able to stream all of the league’s 48 matches live without any problem.

You can stream Fox Sports on your Android, iPhone, iPad, Windows PC, and Mac. On the other hand, TenPlay is available on Android, iOS, PC, Mac, Xbox One, Xbox 360, and Apple TV.

Not in a Broadcasting Area – Use this Workaround

Can’t seem to find your country in the list above? Well then, all you have to do is use a VPN to switch your location so that you can appear in one of them.

A Virtual Private Network reroutes your data through a server of your choice in a specific country. Once a connection is established, you’ll obtain an IP address in that region and appear to be accessing the internet there.

As a result, websites/services that are restricted to that region will become accessible despite you being abroad.

So, all you have to do is set your eyes on a certain channel and follow the steps below:

ExpressVPN is one of the top VPN services to use for streaming. It has 3000 blazing fast servers across 94 countries, which means you’ll be able to stream the RWC anywhere in HD without a hitch.

It also protects your data with military-grade encryptions. So, go on, connect to a public network without the fear of hackers getting a hold of your private information. That’s my recommendation for the day. If you want to see more top VPNs, check the table below.

The opening match of the 2019 Rugby World Cup will take place at the Ajinomoto Stadium in Chōfu, Tokyo, and the final match will be held at the Nissan Stadium in Yokohama, Kanagawa Prefecture. We’re quite sure that this is going to be an extra exciting tournament that everyone would want to watch.

Below you’ll find the teams participating in the Pool stage and the full schedule to follow:

The teams and schedule in Pool A.

The teams present in Pool A:

Full Pool A schedule as follows:

This how everything goes down in Pool B.

Pool B teams are as such:

Here’s how Pool B’s matches are in this stage:

This is what’s going down in Pool C:

The five teams in “Pool C” are:

Scroll a bit more and find out what matches Pool C has in store for us:

Pool D has some exciting matches from great teams. Here’s what we have:

The five teams will go head to head as mentioned below:

After the winners of each pool get determined, we enter the knockout rounds. If you don’t want to miss a match, check out the full schedule below:

The following matches are part of the quarterfinals. Here’s how they’re distributed:

The winners of the quarterfinals will advance to compete in this round.

The match we’re all waiting for. Whoever prevails in the semi-final will earn the opportunity to compete in the final.

How to Watch the 2019 RWC Live Online – Final Thoughts

The Rugby World Cup is one of the biggest events this sport has ever witnessed. It’s where nations come and compete against each other for bragging rights and of course the winning trophy. You now know everything there is to it, make use of that and watch the 2019 Rugby World Cup live anywhere in the world.

VPN Geo Change 0
The 22nd season of the NRL is about to kick off on March 14th.

VPN Geo Change 0
2019 has been a blast for cricket fans with the amazing matches its offering.

VPN Geo Change 0
After five years of absence, the FIBA Basketball World Cup is back for its
Adblock
detector map