How to watch Euro 2016 live online? The UEFA Euro tournament is set to kick off on the 10th of June, 2016 in France. It will be the biggest football event this year. There’s no shortage of free live Euro 2016 streaming channels including itv, BBC iPlayer, and ZDF. Unfortunately, most of these official streaming channels are geoblocked i.e. they can only be watched in their designated region. By using VPN or Smart DNS proxies, you will be able bypass geo-restrictions to unblock geoblocked channels from around the world. In this help guide, you can find info on how to use VPN/DNS proxies to watch EURO 2016 live online for free on Xbox, Apple TV, Roku, Amazon Fire TV, PS3, PS4, Mac, Smart TV, PC, Android, iPhone, or iPad. 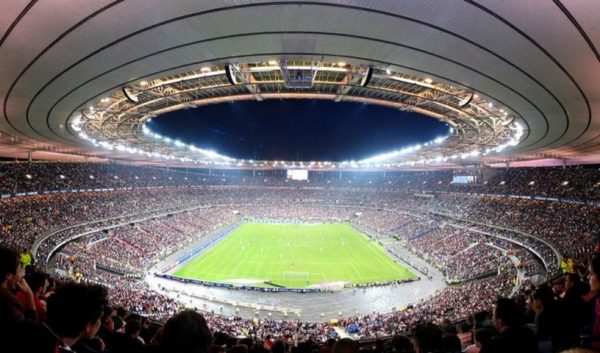 How to Watch Euro 2016 live online for free using VPN

There are plenty of free Euro 2016 streaming channels. If you live in a region where the Euro 2016 will not be broadcasted for free, you need to spoof your online location in order to unblock BBC iPlayer, ITV, ZDF, or any of the other free channels. VPN allows you to change your IP address and unblock geo-restricted channels. As a result, you will be able to stream Euro 2016 live online regardless of your location.

Sign up with a VPN provider which has VPN servers in the country of the channel you wish to unblock. I’d recommend using ExpressVPN since they have VPN servers in UK, Germany, France, USA, among others. Here’s a list of the top VPN providers to watch Euro 2016 live online.

BBC iPlayer is one of the top Euro 2016 broadcaster. They will broadcast all of the Euro games live online for free. BBC iPlayer apps can be download on most streaming devices as well. By using Smart DNS, you can unblock BBC iPlayer outside UK. Thus, watch Euro 2016 free and live on PS3, PS4, Xbox, Apple TV, Roku, Android, Chromecast, Amazon Fire TV Stick, Smart TV, PC, or Mac.

You can create your free Unlocator account. Once done, all you have to do is setup Unlocator DNS on your streaming device.

France, being the hosts, are one of the top favorites to win the tournament. Other favorites include Germany, Spain, and Italy. You can share your Euro 2016 predictions by leaving a comment below. If there other free Euro 2016 live streaming channels that can be unblocked by using VPN or Smart DNS proxies, please let us know as well.

VPN Geo Change 0
How to watch Euro 2016 live online? The UEFA Euro tournament is set to